Jardene Photography was out at the Lodge for three days on August 19th to August 21st. The weather was amazing, the sun was hot, as there was a heat wave warning in effect for Calgary.

We arrived by Helicopter on the 19th around 10:30am in the morning. We were given the tour and the rules / protocols surrounding COVID and other information. We got our bags, settled into our private cabin and then departed for Lake Magog.

After an hour or so around Lake Magog we departed for the Niblet and Nublet. We got to the Niblet within an hour in soaring temperatures with lots of bugs around the alpine areas. We had climbed around 1000 Ft elevation gain and the weather had turned on us. A storm rolled in and the wind gusts got bad. We did this hike early in the day, because we were planning to repeat for the Milky Way at night, so it was a pre-planning trip to figure out the best options.

We arrived back at the lodge around 5pm and got ready for dinner at 6:30pm. The food was great in the Lodge, we had ravioli for the first course with fresh heated bread and fresh butter. The main course was curried fish with whole green beans and potatoes. For desert we had cheesecake. There were wine, beer, soft drinks and Coffee/tea.

After Dinner we walked around and visited Lake Magog again.

During the evening on the first day we finished our tour of Lake Magog and headed to bed. We fell asleep around 9pm and we woke up around 11pm to find that the skies had cleared and the stars were out. We quickly gathered our equipment and hiked to the view point before Lake Magog and took the Milky Way photos. We finished around 1am in the morning and returned to bed.

Next morning we were awake at 5am after four hours sleep to catch the sun rise over Mount Assiniboine. Unfortunately the sun did not poke through the cloud and we did not get the Alpine glow on the mountains as we had hoped. We did get some interesting sun rise colors from the amazing display of the sun rise on the clouds.

We then had breakfast with fresh coffee, eggs and hash browns. We then went back to bed until 10am. At 10am we departed for the four lake tour including starting at Lake Magog, moving onto Sunburst Lake and then to Cerulean Lake. We did not make it to Elizabeth Lake.

We then travelled back to Lake Magog and went past the campgrounds and onto the end of Lake Magog were we took in some swimming in the glacier lake. By the time we got back to the Lodge it was dinner time. For first course there was a sunburst salad, with fresh bread and butter. For the main course there was cabbage, grain and pork. For desert there was a chocolate log filled with fresh cream. After dinner there was a brief walk but we retired to bed early.

Next morning at 6am we arrived at the upper bench to witness a spectacular sunrise. We watched the sunrise until breakfast at 8am, we had our fill of porridge, fresh fruit, alpine muesli, and yoghurt. Then at 8:30am we had our breakfast with sausages and cinnamon buns.

After breakfast we moved out of our private cabin to allow cleaning and we waited for the helicopter to take us back to Canmore. 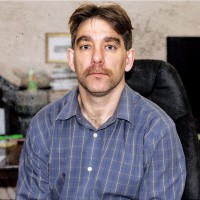